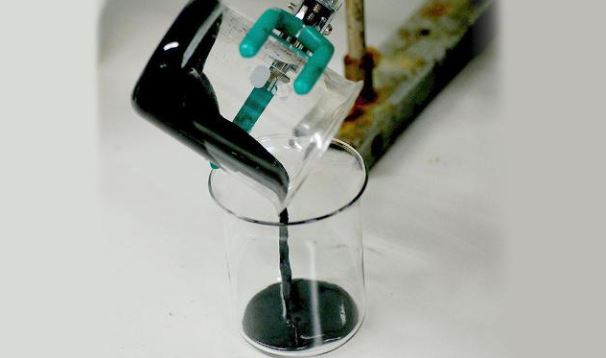 The exploration of solvents, in particular which ones best enable the synthesis of polyaniline, an electrically conductive polymer used extensively for electronics, was the main focus of a team from the University of Tsukuba in Japan. In their research, they discovered that the polymer could be synthesized easily and reliably using iodine, opening the door for its usage in cutting-edge electronics applications.

The choice of which solvent to utilize to promote polyaniline synthesis for industrial-electronics applications has, in fact, presented a significant constraint for a number of decades. Typically, solvents are liquids into which other substances can be dissolved to create a solution.

Finding one that is optimum for the synthesis of polyaniline can reduce production costs and complexity while making the substance acceptable for ink-jet printing techniques, according to researchers. According to experts, it can also encourage the polymer material’s development of new and valuable features.According to Hiromasa Goto, a professor at the University of Tskukuba and one of the project’s researchers, “Polyaniline is an extremely versatile polymer in both conventional and cutting-edge technologies, but limitations on which solvents can be used for synthesis have long hindered this versatility.” Our understanding of how to promote polymerization in a range of solvents will be helpful in fundamental research and practical applications.

In order to best enable the material to be employed in diverse polymer processing modes like ink-jet printing, an application that until now has not been conceivable, the team in particular was seeking solvents with low boiling temperatures and cheap cost. They claimed that they developed a way to create polyaniline from aniline sulfate that created a substance that had the same crystallinity and electrical characteristics as if it had been made using traditional techniques.

According to a news release from Goto, “a particularly intriguing discovery is the simplicity of generating industrially valuable polymer alloys, such as mixes with polystyrene or cellulose derivatives.” The ease with which improved rubber mixes, electrically conductive paint, and other materials may now be prepared is expected to speed up product development across a variety of industries.

In addition, they discovered in their studies that producing polyaniline from aniline sulfate only required one step when a modest amount of iodine was added to the reaction mixture.

Iodine specifically promoted polyaniline formation, perhaps because it is an electron-acceptor dopant, despite the fact that several solvents were compatible with the process, including non-toxic ethanol and dichloromethane, according to researchers. They claimed that this makes it easier to produce localized polarons, which are necessary for the following polymerization through radical chain reactions.

A report detailing the research was published in the journal Polymer-Plastics Technology and Materials.

The study’s findings should improve polyaniline’s compatibility with ink-jet printing and other practical processing techniques. According to experts, this should make it easier to produce printed electronic components like circuit boards and other standard parts.

According to them, the discovery paves the path for the more affordable development of both standard and cutting-edge electronics technology.