Avatar The Last Airbender might take the cake this year, as Nickelodeon has confirmed that the first film from Avatar Studios will bring back Aang and his friends from the original series. San Diego Comic-Con is a premier event for all things pop culture, and while there have been some major news drops so far at the convention, Avatar The Last Airbender might take the cake. Although the plans for the original cast have not been made public, the revelation is undoubtedly shocking, on par with Toph’s earth-bending powers.The first Avatar The Last Airbender film from Paramount’s Avatar Studios will center on the original heroes of the first season, including characters like Aang, Katara, Sokka, and Toph, according to a confirmation from Nickelodeon at San Diego Comic-Con. The plot of this and the other upcoming films from the studio have been the subject of speculation, but Nickelodeon’s official Twitter account has now confirmed that the original characters will indeed make a triumphant return to the world of animation on the big screen: 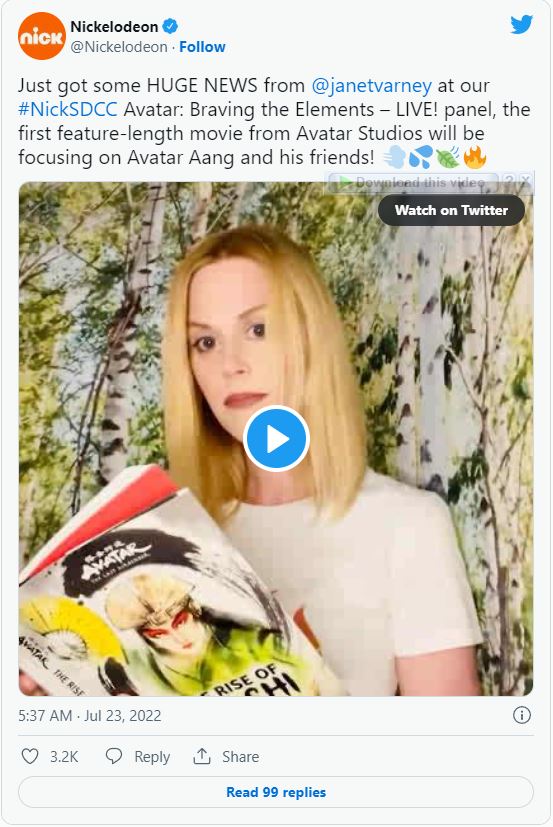 In the most recent video, Varney stated this: “Welcome, Avatar! Friends of the podcast Braving the Elements and fans of the Avatar universe! I’m Janet, and I’m so sorry I won’t be joining Dante and all of you at San Diego Comic-Con. While I’m recovering, I’ve just been reading a little, which has made me remember that we really have some unique Avatar Studios news for you all! Currently, there have been a lot of rumors, a lot of speculative ideas, and a lot of enthusiasm. But we decided it was time to correct the record. I for one cannot wait to see Avatar Aang and his companions in the first full-length film from Avatar Studios!”This will be the first of three new Nickelodeon films that will transport us back to the world of bending. Lauren Montgomery will serve as director once again, having previously worked on the original series. Although the plots of the other two movies haven’t been made public, we wouldn’t be shocked if at least one of them concentrated on the Legend of Korra’s protagonists in order to wrap up any loose ends from the sequel series.Do you anticipate seeing Aang and his buddies’ experiences as adults in the forthcoming film? If you want to discuss anything related to comics, anime, or the world of bending, feel free to let us know in the comments or to contact me personally on Twitter at @EVComedy